One man’s trash really can be another man’s treasure. At least that’s the lesson you might take from “Stomp,” the durable New York-based stage show that has become a long-running institution in a city where sticking power can be hard to come by.

About to celebrate the 25th anniversary of its New York premiere, “Stomp” has endured, not thanks to high-priced sets and effects, but from wielding everyday objects like brooms, garbage cans and wooden poles to create a wordless percussive explosion onstage. And let’s not forget the 150 or so performers who have smacked their way in and out of its cast. (On March 3, some alumni will join the current cast in the two performances, followed by a private party.)

“Stomp” is the brainchild of Luke Cresswell, 55, and Steve McNicholas, 63, who still maintain creative control. (Blue Man Group, another downtown mainstay, was sold to Cirque du Soleil in 2017.) And while they have expressed interest in branching out — in 1997, Mr. McNicholas told the Times, “We’re kind of trapped, because we don’t feel we can walk away from it” — “Stomp” has come to define their lives.

brought the act to New York where it has never left the Orpheum Theater in the East Village. Along the way, “Stomp” launched several touring companies, appeared on late night television, filmed an HBO special and collaborated with A-listers.

There have been bumps. In 2010, a national tour of “Pandemonium: The Lost and Found Orchestra,” another sound-centered show from Mr. Cresswell and Mr. McNicholas, was canceled after less than three weeks of performances.

“The Liberty of Norton Folgate.”

“Stomp” props might seem widely available. But Mr. Cresswell said that everyday objects, depending on where they’re made, make different sounds. He and Mr. McNicholas have the props shipped from Britain by boat.

On one voyage in the late 1990s, a freak wave hit a boat carrying “Stomp” trash cans. The cargo box carrying the cans sank to the bottom of the North Sea.

3. Still, you better have storage space.

two years before “Stomp” debuted in New York, was the influential avant-garde composer who thrived on defying convention, and urged other artists to do the same.

“Mondo Beyondo Show”) to the vaudevillian Bill Irwin (on “The Late Show With David Letterman” in 1997).

The founders’ favorite appearance, they said, was with Paul Simon and Jimmy Fallon, performing the Simon and Garfunkel hit “Cecilia” on “Late Night With Jimmy Fallon” in 2011.

7. One performer has been in the show for almost half his life.

the Micronesian island Yap, until they received a call from the office of Hillary Clinton, who was first lady at the time. Mrs. Clinton requested that they perform on the steps of the Lincoln Memorial on New Year’s Eve. (Quincy Jones, a longtime supporter of the partners, helped make the connection.)

“Stomp” dutifully did the show and skipped the scuba diving.

“Then we partied at the White House till 4 in the morning,” Mr. Cresswell said. “It was fantastic.”

“It was the best party I’ve ever been to,” Mr. McNicholas added. 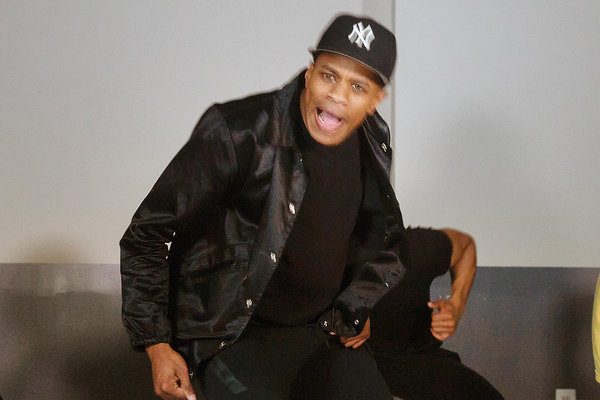 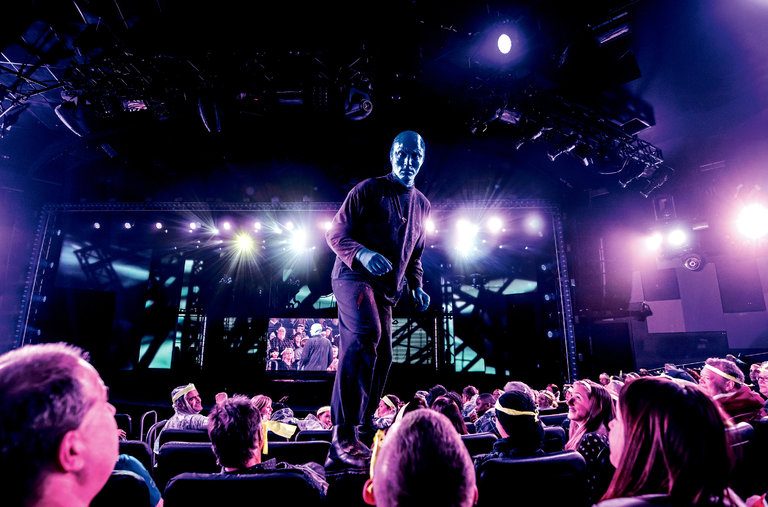